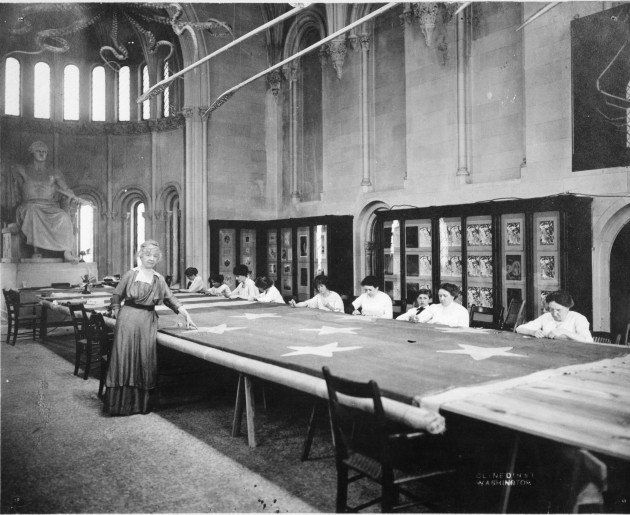 In 1878, New York stockbroker Eben Appleton inherited the Star-Spangled Banner, the very flag that inspired Francis Scott Key to write what later became the national anthem. In 1912, he donated the flag to the Smithsonian with the intention to “present the flag to an institution where it could conveniently be seen by the public and where it would be well cared for.”

In 1914, the Smithsonian hired Amelia Fowler, a professional flag restorer, to preserve the flag, which was in delicate condition. Fowler, shown here with her team of needlewomen, used her patented preservation technique of creating a web of stitches to secure the flag to a linen backing. This preservation technique allowed the flag to be displayed to the public in a specially constructed glass case in the Smithsonian’s Arts and Industries building. In 1964, the flag was moved to what was then the Smithsonian’s newest museum—now known as the National Museum of American History.