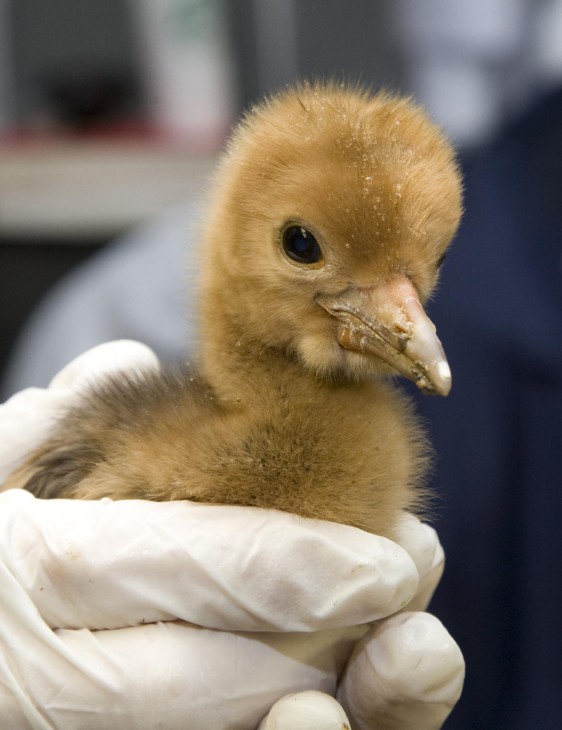 On the heels of spring’s arrival, a wattled crane (Bugeranus carunculatus) chick hatched at the Smithsonian’s National Zoo March 20, the third of its kind in the park’s history. National Zoo veterinarians examined the chick and took a blood sample when it was 4 days old, which they will use to determine its sex. Visitors can see the chick and its parents at the Crane Run, part of the Bird House’s outdoor exhibits.