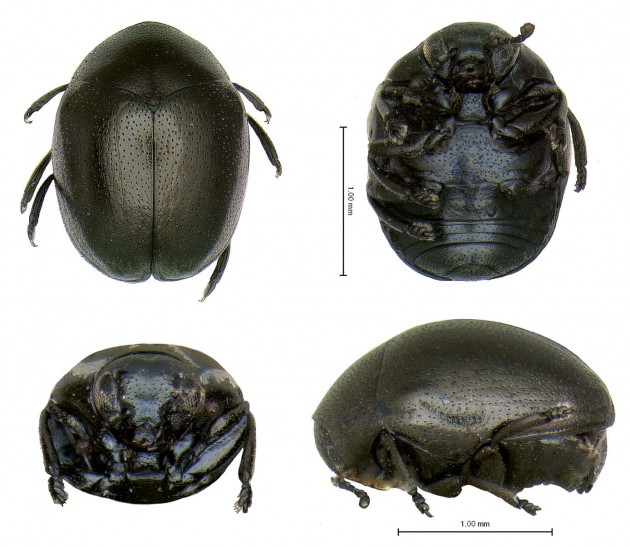 A new species of Brazilian leaf beetle named Cachiporra extremaglobosa, (which translated means the “extremely globular billy club leaf beetle,”) was recently discovered by scientists at the Smithsonian’s National Museum of Natural History. Its name alludes to the club-shaped antennae found on its head. The beetle measures roughly 1.85 millimeters in length and is commonly found on the bark and foliage of trees. The billy club leaf beetle was discovered in a large collection of insects acquired by the Smithsonian in 1959 from the late Argentinean beetle expert Francisco de Asis Monrós. 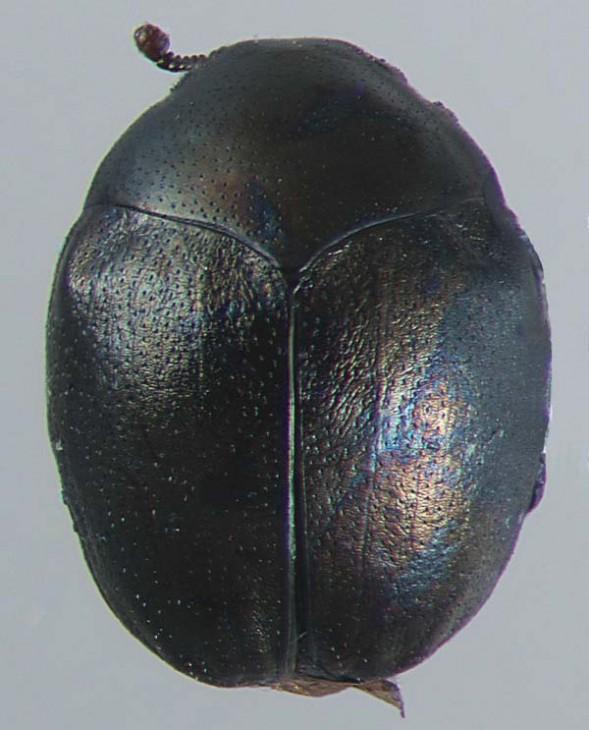 “This beetle represents a new species, genus and tribe,” says entomologist Maria Lourdes Chamorro, who described the insect with Smithsonian colleague Alexander Konstantinov, from the U.S. Department of Agriculture. Chamorro came upon the beetle while going through a drawer of beetles from a different subfamily, the Cryptocephalinae. “When I saw the clubbed antennae I almost fell off my chair,” Chamorro recalls. She knew instantly the beetle was misplaced. “Usually in leaf beetles the club shape of the antennae is gradual but the club shape of this beetle starts at the eighth antennal segment (most leaf beetles have 11 antennal segments.).” Other members of its subfamily Lamprosomatinae are beautifully metallic in color. C. extremaglobosa is black with bluish-bronze luster.

Leaf beetles do not use their antennae as clubs but as a “nose,” Chamorro says, to detect pheromones from other leaf beetles and to recognize its host trees. “We don’t know why its antennae are shaped like clubs.” A paper describing C. extremaglobosa was published in a recent issue of the journal Zookeys.