Beneath the sands of the Sahara Desert scientists have discovered evidence of a prehistoric megalake. Formed some 250,000 years ago when the Nile River pushed through a low channel near Wadi Tushka, it flooded the eastern Sahara, creating a lake that at its highest level covered more than 42,000 square miles. 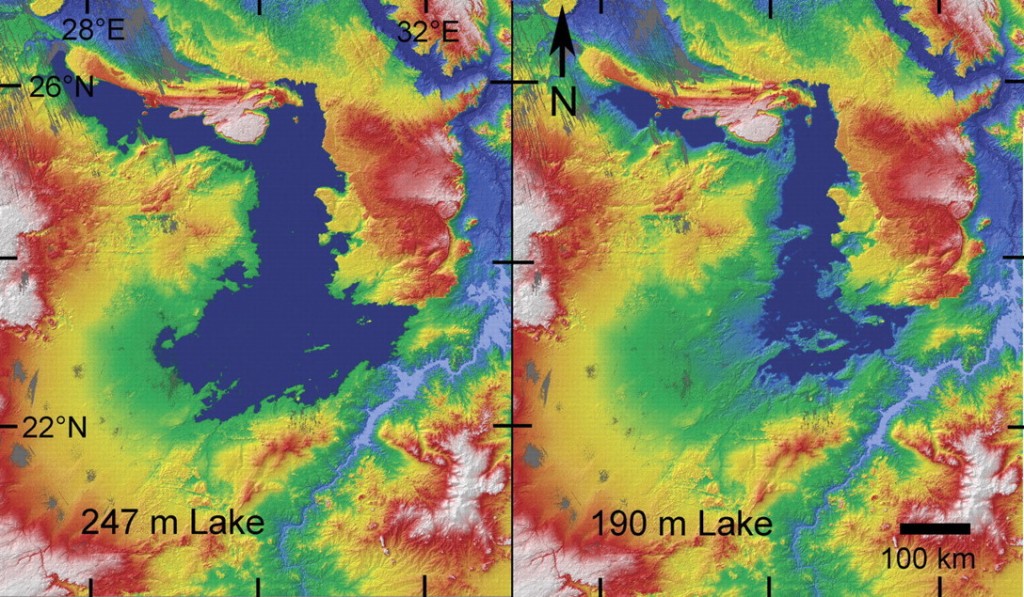 National Air and Space Museum Geologist Ted Maxwell and colleagues recently spotted evidence of the lake while studying radar data of Egypt taken by the Space Shuttle Radar Topography Mission. Using images of wind-blown sediments, sediments produced by running water, and bedrock seen by radar beneath the desert sands, the geologists pieced together the profile of an ancient megalake. Egypt’s extreme aridity enhances the ability of radar to see distinct subsurface features. Buried channels can be detected as much as 50 feet below the surface of the desert. 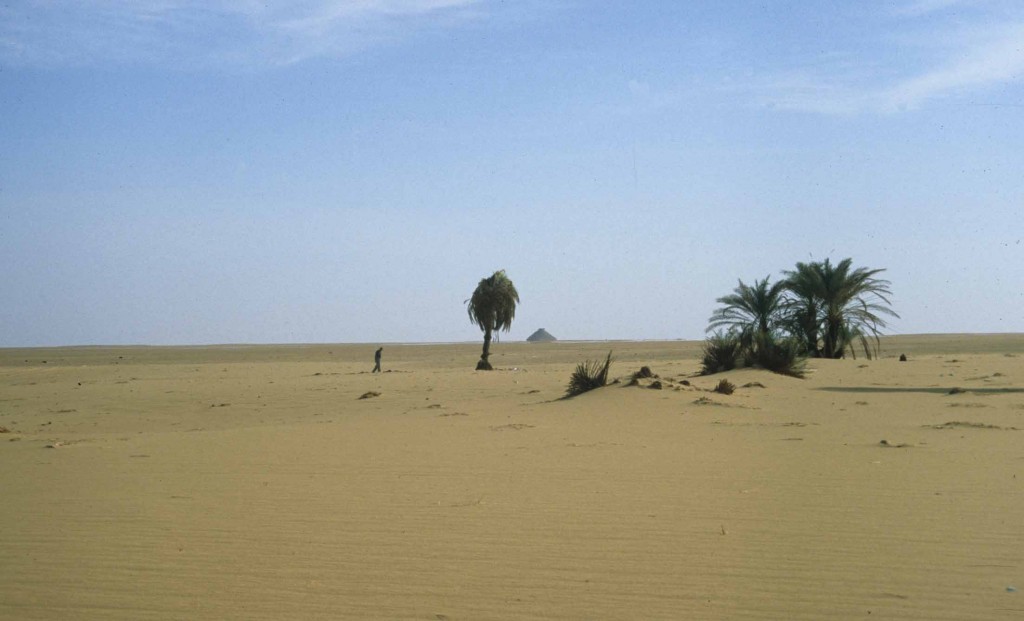 Kiseiba Oasis, southern Egypt. This oasis is along one of the ancient watercourses discovered by geologists using Space Shuttle Topographic data. Water at present is 6.5 to 9.5 feet below the surface. This oasis was recently plowed for melon farming. (Photo by Ted Maxwell)

Using fossil fish found in deposits some 250 miles west of the Nile and at 810 feet above sea level as a marker of the lake’s highest shoreline, the scientists estimate the Nile once flooded the entire Kiseiba-Tushka depression of Egypt creating the giant lake. The location of Paleolithic human settlements near the areas of Selima and Tarfawi in Egypt correspond to a lake covering some 42,000 square miles, the scientists determined,  placing these settlements in what would have been desirable, near-water regions. 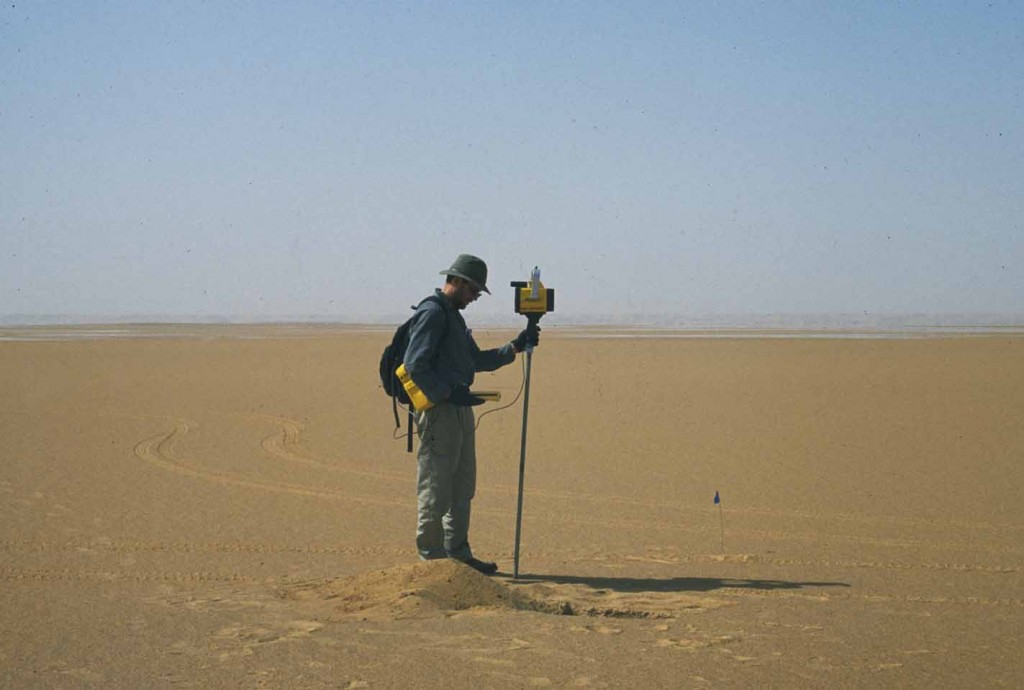 Air and Space Museum Geologist Andrew Johnston in the Kiseiba Oasis region uses GPS equipment to survey the elevations of sand sheet surfaces, which geologists later tied in to orbital data to interpret the position of ancient lakes and waterways. (Photo by Ted Maxwell)

The location and elevation of a different set of archaeological sites near Bir Kiseiba, 93 miles west of the Nile, suggest a second, lower level of the lake at 623 feet above sea level, this one covering an area of some 18,600 square miles. The geologists also used the elevation of the Tushka channel through which the water of the Nile once flowed into the desert as a base level to calculate the size of the second lake.

These newly discovered lakes add to growing evidence of numerous early and middle Pleistocene lakes across North Africa that could have supported human migration patterns, the researchers say.  Their research was published in the article “Evidence for Pleistocene lakes in the Tushka region, south Egypt,” in the December 2010 issue of the journal “Geology.”