The turkey has become synonymous with Thanksgiving in the United States. But people were raising and eating these large ground-dwelling birds long before the creation of the holiday. But when exactly where turkeys first domesticated? And where? Bruce Smith, senior archeologist at the Smithsonian’s National Museum of Natural History has the answers.

“The first evidence we have that turkeys were kept and bred by humans comes from Tehuacan in Mexico about 2000 years ago” Smith says. “By around A.D. 500 turkeys were also being raised by Native Americas in the Southwest United States, based on early evidence recovered from cave sites such as Tseahatso in Arizona’s Canyon del Muerto and the Tularosa Cave in New Mexico.” 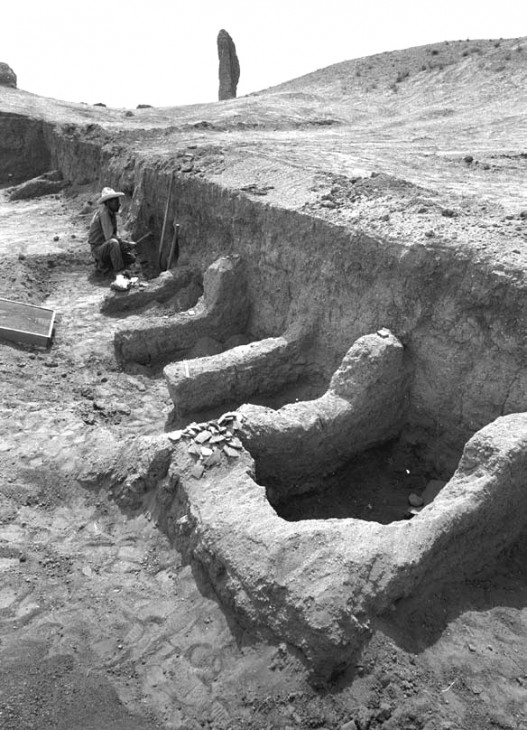 Natalie Munro, a former postdoctoral fellow in the Natural History Museum’s Program in Human Ecology and Archaeobiology, and now a professor at the University of Connecticut has recently summarized the different archaeological clues that scientists look for when trying to answer such a question.  Such evidence includes the existence of eggshells, gizzard stones, healed broken bones, the remains of turkeys outside their natural range, and evidence that turkeys consumed food raised by humans, such as corn and beans. “The most convincing evidence for domestication is turkey droppings and the presence of enclosures that served as pens,” Smith says. 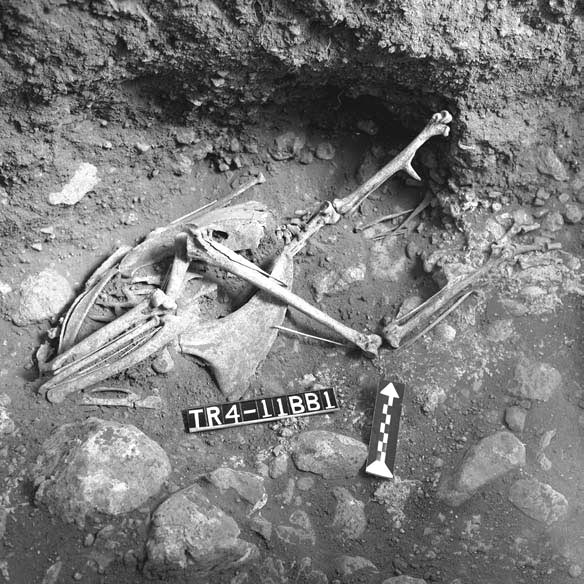 The remains of a headless turkey excavated at the site of Casas Grandes, Chihuahua. Turkeys were apparently frequently sacrificed as part of dedication ceremonies for buildings and plazas at the site. (Courtesy Amerind Foundation, Inc. Photo by Alfred Cohn)

Unlike today, the original reason for raising turkeys may not have been for food. Archaeological evidence has revealed that the original motivation for domesticating turkeys was for their feathers. The turkey’s symbolic role in historic Southwest societies is extensively documented and there are frequent references to the use of turkey feathers in ritual contexts as components of costumes, ritual regalia, prayer sticks, and isolated feather bundles.

By examining clues such as cut marks, fragmented bones, burning, and disposal of bones in trash middens, scientists have determined that raising turkeys domestically for food became widespread across the Southwest after A.D. 900. It took another 900 years, however, for the turkey to find its way to the Thanksgiving dinner table as a holiday staple.