Recently the skeleton of the famous racehorse Lexington (1850–1875) was shipped from the Smithsonian Institution in Washington, D.C. to the International Museum of the Horse in Lexington, Ky. This Smithsonian loan returned the legendary thoroughbred’s remains to the town of his birthplace some 160 years after he was born. Known as one of the greatest racehorses of his day and sire to more winning horses than any other American thoroughbred before or since, Lexington is a symbol of the town of Lexington’s latest marketing campaign, which names him the “Official Horse of Bluegrass Country.” 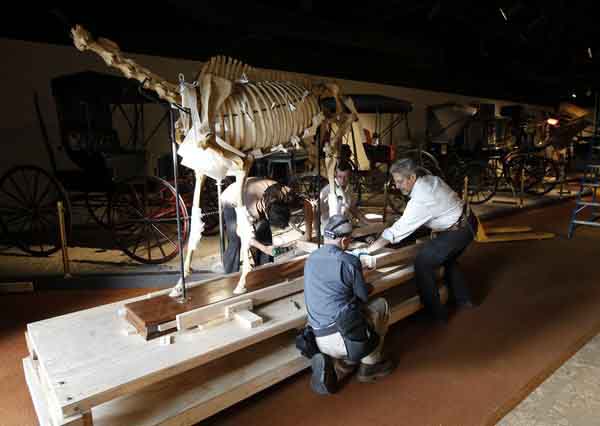 Removing Lexington’s skeleton from a crate at the International Museum of the Horse.

“More than any human, Lexington established this town as the site of thoroughbred breeding,” says Bill Cooke, director of the International Museum of the Horse, a Smithsonian Affiliate museum. “With the 2010 World Equestrian Games being held here for the first time outside Europe, it gave us another reason to pursue this loan.” 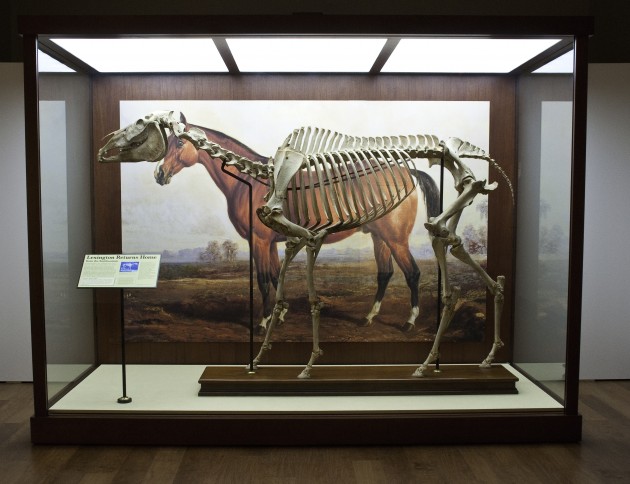 When Cooke first contacted the Smithsonian requesting the loan of Lexington’s skeleton, the horse was on exhibit in the National Museum of Natural History’s Osteology Hall as a fine example of Equus caballus. “We couldn’t remove a specimen that occupied such a prominent place in the exhibition,” says Linda Gordon, collection manager in the Division of Mammals at the museum.

In 1999, Lexington traveled across the street to the Smithsonian’s National Museum of American History where he provided context to the story of the first mass-produced stopwatch that split time into fractions of seconds. When that museum closed for renovations in 2006, Lexington was finally available for loan. “His place in the Osteology Hall has been filled with a zebra skeleton, so Lexington’s skeleton was cleared for loan requests,” Gordon says. “This was my first big loan to an Affiliate museum, so the staff of Smithsonian Affiliations was very helpful in nudging me and keeping me on track.”

What appeared to be a simple loan became more challenging as Gordon lined up a conservator, a bracket-making specialist, and a packing and shipping company. “At first, we thought the armature running through Lexington’s spine was damaging the skull,” Gordon explains. “Our experts examined the bones closely and realized that the damage had occurred during the horse’s lifetime. He had had a massive facial infection that resulted in his going blind.”

Once it was determined that Lexington’s skeleton would not be damaged by further display, Gordon’s team cleaned the bones, made minor repairs, and prepared them for travel. “Although the skeleton was mounted a long time ago, they did a really good job. The skull is perfectly balanced on the best point for the armature. It’s a lost art — no one does this today,” Gorgon says. 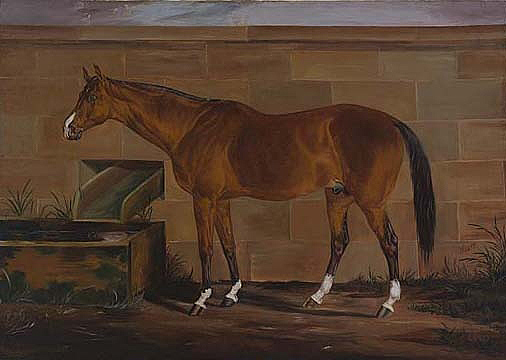 Other museums in Lexington, Ky., also are participating in a celebration of the horse. The Headley-Whitney Museum, also a Smithsonian Affiliate, has borrowed a portrait of Lexington, painted by Pennsylvania artist Thomas J. Scott, from the Smithsonian American Art Museum. “Lexington was painted from life from the Civil War period on,” said Eleanor Harvey, chief curator at the American Art Museum. “Our painting is unusual in that it shows him in his prime, when he was the horse of the 19th century. It is a beautifully unified studio portrait.” Harvey said that while the loan process is the same for all museums, “we go the extra mile if we can do a loan to a Smithsonian Affiliate. We are happy to loan our gems if it helps people discover the jewels in their own backyards.”–Cara Seitchek

Follow this link to learn more about Smithsonian Affiliations.