Following a final ultrasound and hormone analysis, staff at the Smithsonian’s National Zoo confirmed late yesterday (Tuesday, April 27) that female giant panda Mei Xiang (may-SHONG) is not pregnant but was experiencing a pseudo, or false, pregnancy during the past several months. 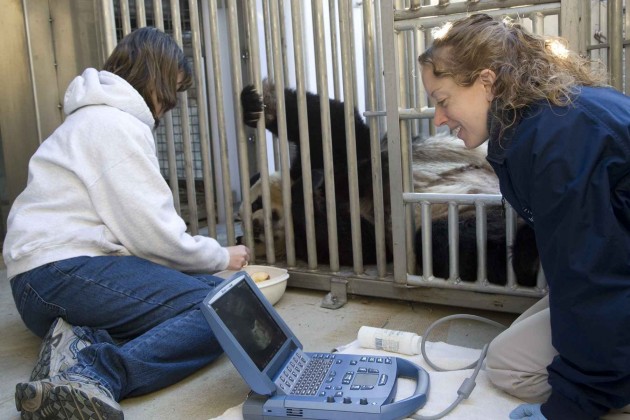 National Zoo scientists, veterinarians, keepers and volunteers from the Friends of the National Zoo were keeping a close eye on Mei Xiang, monitoring her hormone levels and behavior, as well as conducting weekly ultrasound exams in an attempt to determine if she was pregnant. On April 22, Mei Xiang’s progestagen concentrations had declined sufficiently to start the 24-hour watch. On reaching normal baseline levels, this decline ends in either the birth of a cub or the end of a pseudopregnancy. Based on current hormone analyses, and not having seen a fetus during the ultrasound exams, Zoo researchers have determined that Mei Xiang experienced a pseudopregnancy. 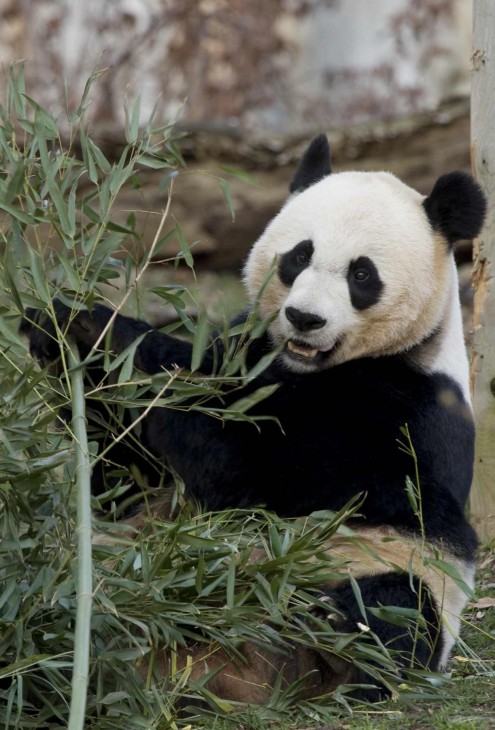 Female giant pandas almost always undergo a pseudopregnancy when they ovulate but fail to conceive. During a pseudopregnancy, hormonal changes and behaviors are identical to those of a true pregnancy, making it very difficult to determine if a giant panda is actually pregnant or not. This is the fifth time Mei Xiang has had a pseudopregnancy. Giant pandas ovulate only once a year. Mei Xiang gave birth in 2005 to Tai Shan, who was sent to Wolong’s Beifengxia Base in Ya’an, Sichuan, China, in February to join its breeding program.

National Zoo staff expect Mei Xiang to return to normal, hormonally and behaviorally, in the coming days, which includes an increase in appetite and activity level. The Fujifilm Giant Panda Habitat will reopen today at 10 a.m. It had been closed to provide Mei Xiang with a quiet environment in the event that she did give birth.

Giant pandas are endangered; scientists estimate there are around 1,600 remaining in the wild.