The Stephen L. Wood collection brings the collection of bark beetles held in the Natural History Museum’s Department of Entomology to an impressive 180,000 specimens, making it one of the most extensive collections in world. 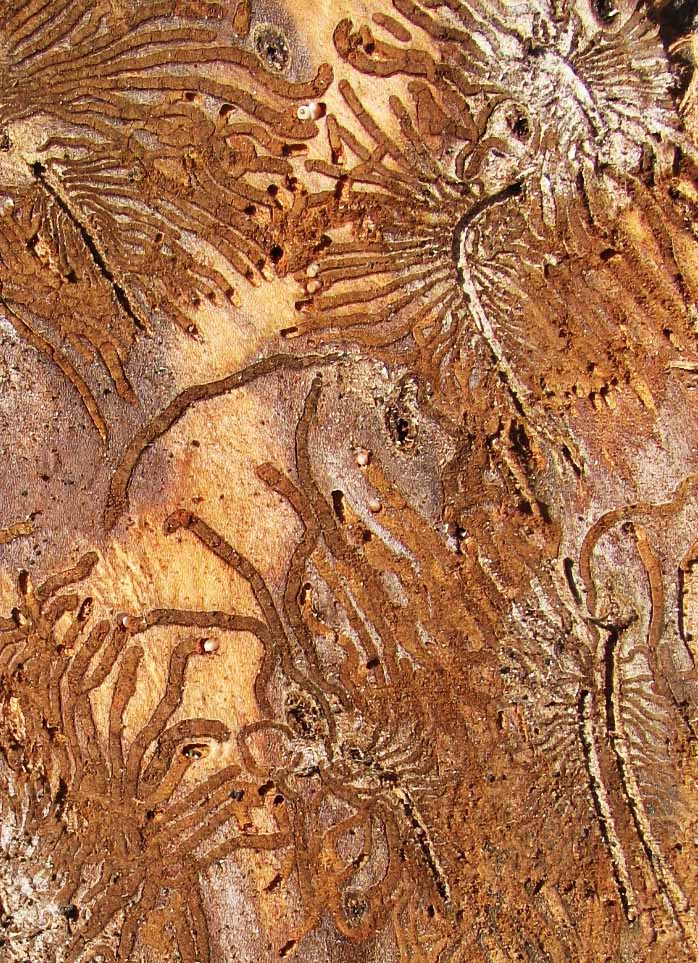 Image right: Bark beetle galleries or tunnels excavated in wood beneath the bark of an American elm. (Photo by Deborah Bell)

“The Smithsonian’s collection is arguably the most important bark beetle collection in the world,” says David Furth, entomology collections manager at the Natural History Museum. “We are proud to have the S. L. Wood beetles join our collection.”

Bark beetles, named for the fact that they live and reproduce in the inner bark of trees, are common pests of conifers, such as pine. Different species of bark beetles attack different species of trees, causing damage and spreading disease. Most bark beetle species are dark red, brown, or black, and about the size of a grain of rice. When viewed under magnification, their antennae are visibly elbowed with the outer segments enlarged and club-like. The antennae contain receptors that may detect tree resin odors, thus functioning as the beetle’s nose and enabling their ravenous appetites. 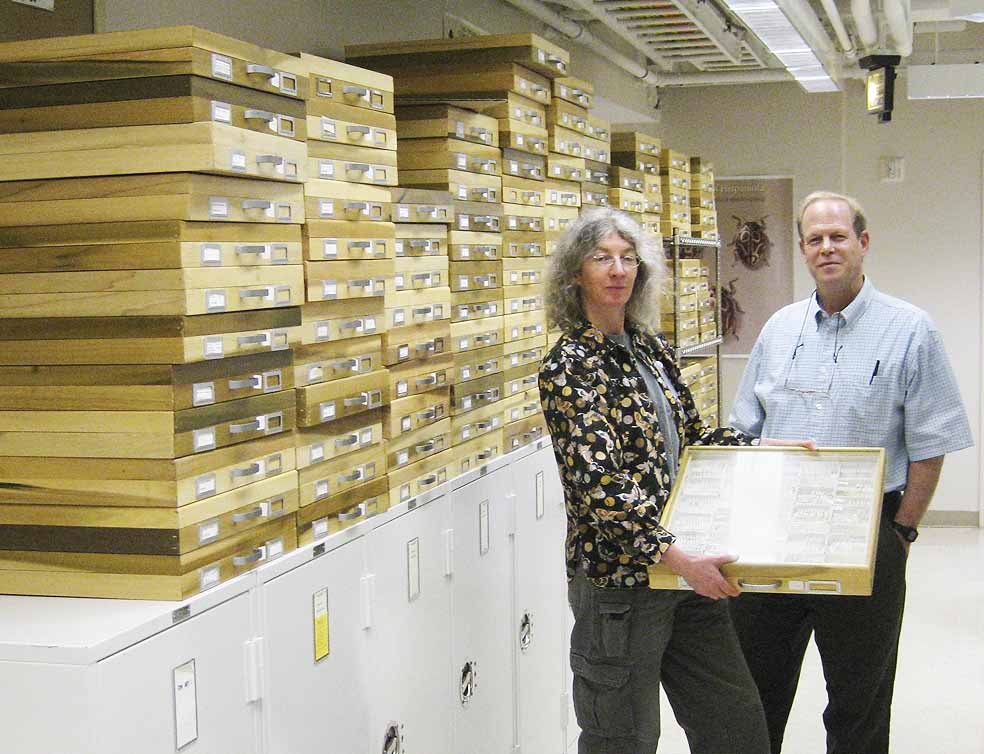 With more than 2,000 known species—some 200 are found in California alone—bark beetles are both ecologically and economically significant. Outbreak species of these tree-damaging beetles kill large areas of forests in western USA and may spread tree diseases like Dutch elm disease.

Dave Furth and other Entomology Department staff set out on a cross-country expedition, rental truck in tow, to bring Wood’s bark-beetle collection home to the Smithsonian. Consisting of some 181-specimen drawers, the collection was carefully transported from Provo, Utah to the Smithsonian in 2009.

Since that time, the Smithsonian’s entomology staff have brought the Wood’s bark beetles into the museum’s collection area and transferred and archived his massive library and correspondence records into the museum’s research library.

“We are pleased the S. L. Wood acquisition has joined the Smithsonian’s collection, and will contribute to the future study of the bark beetle,” Furth says. –Jessica Porter