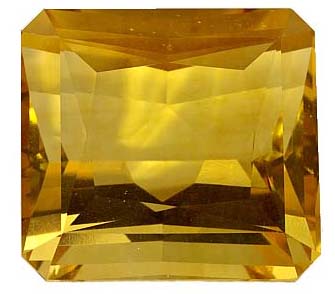 The Smithsonian’s National Gem and Mineral Collection at the National Museum of Natural History has recently acquired a rare, intense yellow fluorite gem from Tanzania.  “This is our first fluorite specimen from Tanzania,” Curator Jeff Post explains. “We acquired this specimen because it is a very nice quality fluorite with an attractive color and it is large enough to be exhibited.  It’s a beautiful addition to our collection.”

Fluorite is well known and prized for its rich variety of colors, most commonly pale green, purple, yellow, orange, blue, pink and colorless. Most fluorite specimens have a single color but a significant percentage occur as a glassy, many-hued vein mineral.  When a specimen is multi-colored, the colors are arranged in bands or zones. A specimen might have a clear outer zone allowing a cube of purple fluorite to be seen inside, or a single fluorite could have several different color zones.

Traditionally, fluorite is used as a flux in the manufacture of steel. It has also been used instead of glass in some high performance telescopes and camera lenses. Due to its relative softness it is not widely used by jewelers, but fluorite remains one of the most popular minerals for mineral collectors.