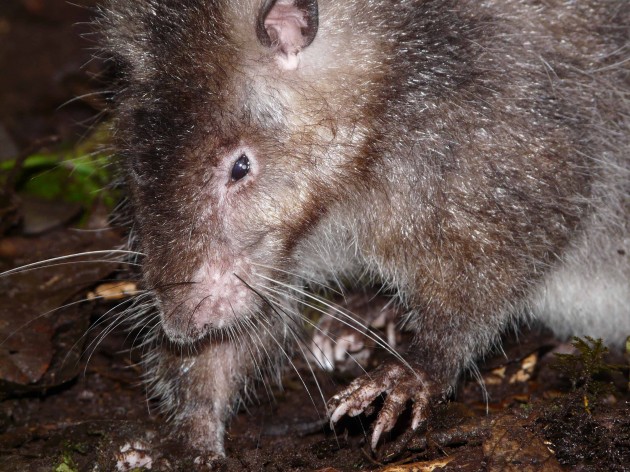 A Smithsonian Institution biologist, working with the Natural History Unit of the British Broadcasting Corp., has discovered a new species of giant rat on a film-making expedition to a remote rainforest in New Guinea.

The discovery was made in the crater of an extinct volcano named Mount Bosavi in Papua New Guinea’s Southern Highlands province. This gigantic volcano’s circular crater is 2.5 miles wide and rimmed with walls nearly one-half a mile high, trapping the creatures inside a “lost world” of mountain rainforests probably very rarely visited by humans. 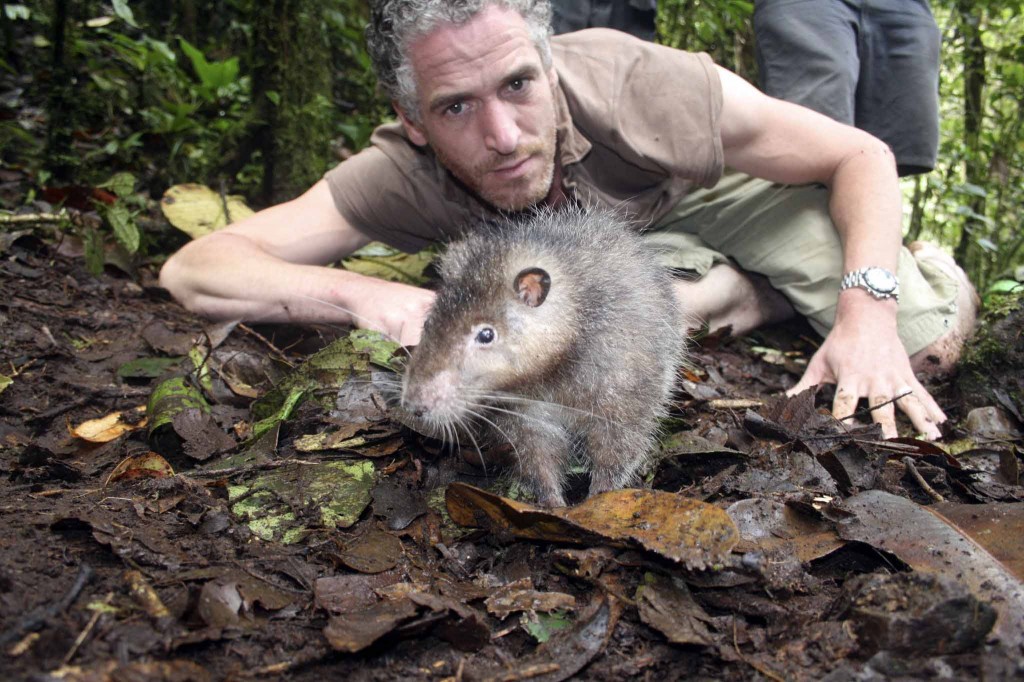 Kristofer Helgen, curator of mammals at the Smithsonian’s National Museum of Natural History in Washington, D.C., and Muse Opiang, a biologist with the Papua New Guinea Institute of Biological Research, were first on the scene when the rat was found by a tracker from the Kasua tribe that lives outside the crater.

Weighing in at nearly 3.5 pounds, and measuring 32 inches from nose to tail, the Bosavi woolly rat is one of the biggest rats in the world. Most surprising of all, the rat was completely tame, a sign that animals in the isolated crater were unfamiliar with humans. “It is a true rat, closely related to the rats and mice most of us are familiar with, but so much bigger,” Helgen says. 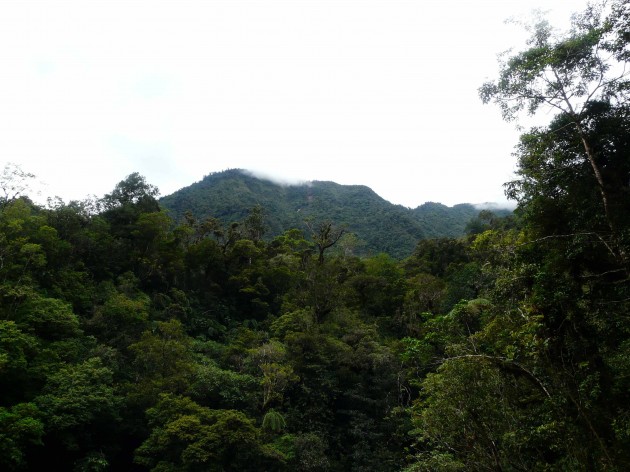 The gigantic rat is silvery gray, with thick woolly fur. It has a vegetarian diet of leaves and roots, and probably builds underground nests beneath rocks and tree roots. A member of the genus Mallomys, it has yet to receive its formal scientific name.

The discovery came in the middle of the night after days of searching in the crater’s chilly mountain rainforests, often in the pouring rain. “Our hearts were in our throats,” Helgen says, “it was an unbelievably exciting moment. It was all the more incredible that the BBC was there to film it.”

“As biologists, we spend plenty of cold, muddy nights in the rain”, Opiang says, “but rarely can we expect to be rewarded like this!” 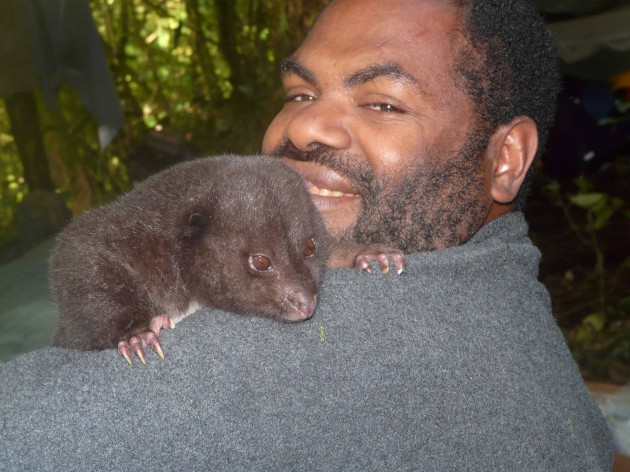 New Guinea is famous for its diversity of rodents. More than 70 species of rats and mice (the rodent family Muridae) can be found on the tropical island, several of which have been named as new species in the past by Helgen.

It is currently estimated that along with the new species of giant rat, the expedition found approximately 16 species of frogs, one species of gecko, three species of fish, and at least 20 species of insects and spiders. Also on the list is an animal Helgen calls the Bosavi silky cuscus, which may be a new subspecies of tree-living marsupial. The animal—which looks like a small bear—is a marsupial that feeds on fruits and leaves. Weighing in at 5 pounds, it has dense silky fur adapted for a mountain environment. “Finding an animal like this for the first time in the 21st century is certainly cause for celebration” Opiang says.

Rainforest habitats in Mt Bosavi’s crater are currently pristine but extensive logging operations can be found just a few miles to the south. “Discoveries like this should remind us how much of the world is still left to explore,” Helgen explains, “and also how much stands to be lost when any rainforest is threatened.”